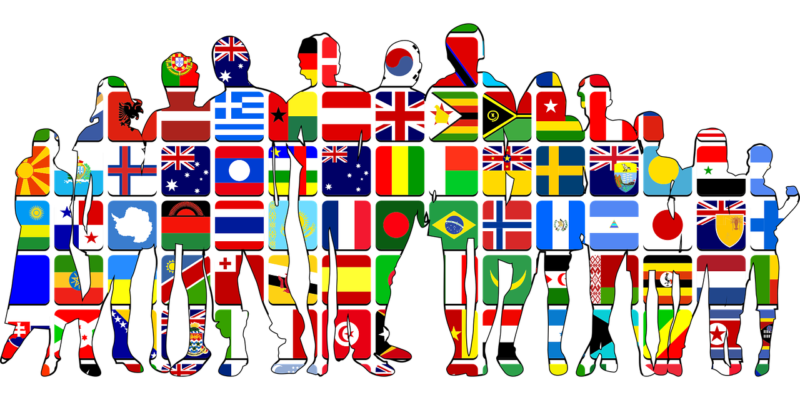 Diversity: The Art of Thinking Independently, Together

I can’t say I’m a huge Toronto Raptors fan. In-fact I don’t even play the game. Basketball that is. But my mother was a member of her school and university team, so I guess there’s that connection.

I am quite proud of the Toronto team however. OK! very proud! They’ve given wings to the hopes and aspirations of millions of Canadian kids (and their parents) and brought the championship home for the very first time. A momentous achievement considering that basketball was invented in 1891 by a Canadian and the very first NBA game was played in Toronto — On November 1, 1946, (at the time called the BAA) It was between The New York Knicks and the Toronto Huskies at Maple Leaf Gardens and drew over 7000 spectators.

The sport has evolved quite a bit from that game. It’s become more inclusive, more competitive and more international over time. Diversity has always been a great strength, whether for a country or for a sport. It’s the quality that makes it truly representative of the global community. Take the Raptors — To name a few — Team President Masai Ujiri was born in England and raised in Nigeria. Ibaka is from the Congo, Gasol is from Spain, Cameroon celebrates Siakam, Boucher was born in St. Lucia, Aunoby is English. Lin’s parents are from Taiwan, Leonard & Lowry and most of the other players are from the USA, Coach Nick Nurse won his first championship in England, Asst. Coach Sergio Scariolo is from Italy, Asst. Coach Patrick Mutombo is from Zaire, even the team’s superfan, Nav Bhatia, now Canadian, originally came from India.

Speaking of Nav, he’s become quite the symbol of the Greater Toronto Area (GTA). For almost 25 years now, he’s never missed an “at home” Raptors game, spending copious sums of money for court side seats. Did I mention he’s a Beneplan Client? It’s the company I work at. If you dig into his rise to stardom however, you’ll learn that he endured rejection from quite a few jobs as an immigrant to Canada. He then started the first ever Hyundai dealership in the GTA, that grew to many more, employing over 150 people. His success is showcased by his generosity towards the less fortunate in the Toronto Area.

He’s achieved this in one of the most diverse cities in the world. A city that has a family from every country living within it. Where more than 60% of the population identify themselves as a visible minority. People who identify with their country of origin, while being proudly Canadian (and Torontonian) all at once. Toronto is where one can enjoy a different cultural dining experience every day of a month and still not cover all of them! The city has worked hard to weave all of these cultures into something intrinsically unique, and terms like “multicultural” “tapestry” and “melting pot” seem quite cliched and tame for this stupendous achievement. Many other cities and countries around the world, only dream of this success, especially in these troubling times we live in — considering certain world attitudes towards cultural differences and immigrants. But I believe that this distinctive aspect of our city, is now appropriately captured by the remarkable hashtag “#WeTheNorth”.

These are just 2 stories that provide evidence to the concept of “strength in diversity”. According to Statistics Canada (StatsCan), based on data from the 2016 census, Canada had a foreign-born population of about 8,219,550 people. They represented 23.4% of the total population and the highest proportion of foreign born residents, among the G8 countries.

Nearly 6,264,800 people identified themselves as a member of a visible minority group. They represented 19.1% of the total population. Of these visible minorities, 30.9% were born in Canada and 65.1% were born outside the country and came to live in Canada as immigrants.

‍So what can diversity do for business? Here are just 8 benefits:

· Diverse perspectives can foster innovation. With out of the box thinking, & you’ll have a broader range of solutions offered.

· Diverse teams perform better and come up with better ideas. There’s more likelihood to have people who offer unique ideas and brainstorm better solutions based on different experiences.

· Diversity can help your company become a (global) leader. It’s likely you already work with clients or vendors from other countries. As your competitors scale up, it’s critical that you’re able to do the same. With employees who speak other languages or understand other cultures, you’re more likely to succeed in your market.

· Cultural diversity reflects positively on company reputation. There’s no question that companies who recruit and encourage individuals from a wide range of backgrounds generally gain a reputation for being a good employer.

· Cultural diversity can improve employee engagement. What better way to learn about other culture and ethnicity than from colleagues that come from a different background than your own? Forget about researching them online, Ask and learn them from your colleagues at work!

· Diversity improves your company’s customer service. Customers like to speak to people who understand their issues and can offer solutions unique to them. By having a diverse team, you’re more likely to have employees who can empathize with your customers and offer better, more tailored solutions.

· Diversity will improve your work culture and help you attract better talent. People consider diversity an important factor when deciding where to work. To attract top talent, it is imperative you incorporate diversity into the workplace.

· Employee population diversity helps reduce turnover. A company that embraces cultural diversity in the workplace would immediately entices a wider pool of candidates for its job vacancies. Higher-educated candidates who experienced diversity while at university will likely feel that a diverse company is more progressive and therefore will want to work there.

With all that evidence and data how do we go about beginning this aspect of diversity equalization? Well, step by step. Many organizations make the fundamental error of misaligning their diversity practices with organizational goals. In such situations, no matter how much good will there is towards the concept of diversity, the harsh realities of running the business on a day-to-day basis, keeping customers satisfied, focusing on product or service development and delivery will keep undermining it.

There are mismatches sometimes, between how organizations design their diversity policies and how they implement them. What looks good on paper, fails miserably in a practical setting.

‍· Clearly identify what you’re trying to achieve. Only by understanding what the organizational goal is, can you have a chance of reaching it. Diversity initiatives typically miss their targets due to lack of detailed follow through. Example: An organization can aim to realize the performance potential of diverse teams, by implementing diversity policies designed to impact the representation of certain cultural groups in leadership positions.

· Don’t just mirror another company. Each organization is unique, so do your diversity initiatives. Simply “taking a page” from somewhere else is unlikely to work. Something like a personal fashion item that won’t necessarily look great on everyone. This is probably why efforts to duplicate another company’s approach to diversity in your own may have largely proven unsuccessful. Other companies don’t have your company’s history, culture, functional structure, industry, social infrastructure, gender balances and personalities. Every program needs to take into account the specific culture and context of its host organization to be effective.

· Good design is important but good implementation is even more vital. We’ve all heard the adage ‘When the rubber meets the road…” and in the corporate world, many diversity initiatives don’t survive contact with operational management. The best designed program need to have capable implementors and operators who are empowered with the tools and capability and they must have the belief in, and the motivation to, implement the program into their workplace.

· Winning “hearts and minds” is a key final aspect of a successful initiative implementation. If individuals within the organization can’t or won’t see the benefits of a program, or worse they identify glaring disadvantages, it will ultimately fail.

It is time that this “by the wayside” and “not taken seriously” reality of modern life is given serious consideration as organizations vie for customers, and revenue, in an ever competitive, ever changing business environment. Competition, regulatory compliance, employee aging, knowledge gaps, a shrinking skillset pool, Gender imbalances, GenY & millennials who expect more and who have different outlooks to life, are just some of the various aspects modern companies have to juggle.

I’d be surprised, to hear that there are still folks out there who think that not just workplace diversity, but diversity in general,  isn’t a good thing! Very surprised indeed! People are different, just like the five fingers of our hand are not alike, yet they can come together to allow us to fulfill a multitude of tasks, do some good and serve others, in our daily lives. We take this for granted. Those fingers as part of two skilled hands, allowed the Raptors to win a Championship. Don’t believe me, just ask the Kings in the North!

Is it required by law to provide employee benefits in Ontario?

Insurance for the Underdogs